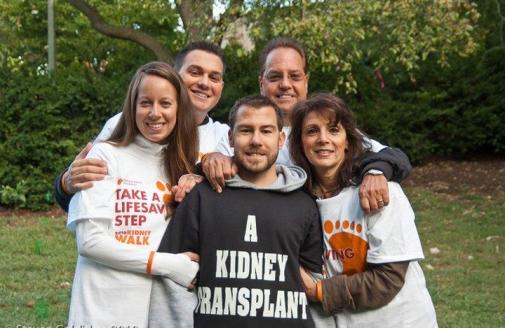 Twenty six years ago, my youngest son, Michael, was born with Vater Syndrome. The “R” in Vater stands for renal difficulties. He had two kidneys, but after spending the first seven months of his life in the hospital, one kidney degenerated to nothing. We were advised that when Michael hit puberty he would likely need a transplant. Our family lived like there was a time bomb ticking.

When Michael was 16, his creatinine level rose dramatically without visible symptoms.

The doctors were surprised Michael was even functioning and told us that some day he just wouldn’t be able to get out of bed.

Fortunately for us, we had two living donors willing to give a kidney to Michael. During compatibility testing, however, I realized there wasn’t a lot of information for donors, recipients or relatives about the organ donation process, insurance issues, and the surgery itself.

I decided that I would become actively involved in trying to improve communication about the process of kidney transplantation and about kidney disease. I commenced by writing checks to the National Kidney Foundation in Philadelphia and eventually joined the Board of Directors, which made me feel like I was helping to “get the word out” to others, to improve their journey, and inform those who were not aware of kidney disease and its risk factors. Education about kidney issues, what to expect as both donor and recipient, and serving as mentor for those going through the process has become an important part of my life.

I have now served on the Board of Directors for the National Kidney Foundation in Philadelphia for ten years in various capacities and on a number of committees.  I truly love the work of the Foundation.

My family has chosen the Philadelphia Kidney Walk as a primary way to help create awareness about kidney disease and organ donation.  It is also a wonderful opportunity to raise essential funds for the NKF. For the last two years, our team has been the top fund raiser for the walk, collecting over ten thousand dollars each year.

We met many incredible people on our journey towards Michael’s transplant and no matter how bad we thought our problem was, we always met someone whose problem was worse than ours. I say ours because this was not only Michael’s issue, but a family issue. 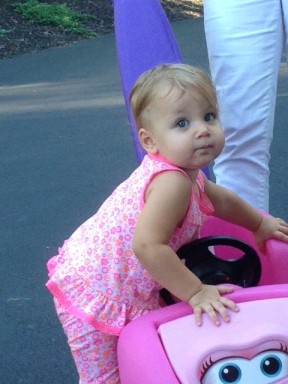 Michael is now 26 years old and we just had a large party to celebrate the ten year anniversary of his transplant which was made possible by his uncle John’s living donation. I’m happy to report that Michael is doing well, and seven months ago he and his wife celebrated the birth of their daughter, Kylie.